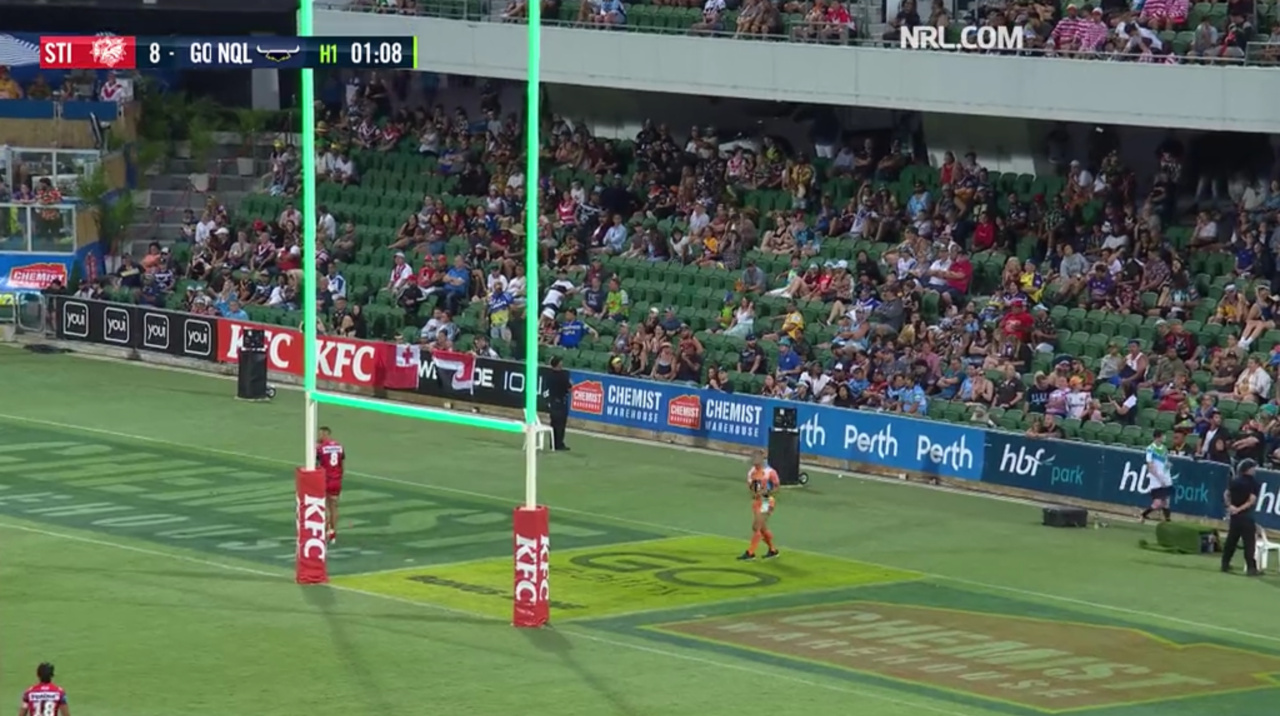 With stadiums getting bigger and bigger, and spectators being further away from the field of play, it has been increasingly difficult for fans to know whether or not a kick has been successful. Are the fans cheering because it went over, or missed? Is the match official who raises their flag covered by the post protector so spectators on the other side of the pitch cannot see? How would a visually impaired fan know to cheer or not?

This observation led to the concept of GLT, addressing a solution to a problem. This solution will increase the overall experience to fans of all generations.

Our experience gained in a variety of sports on the world stage in the last seven years involved delivering visual marketing for events such as Rugby World Cup 2011,2015, HSBC Sevens Las Vegas and Hong Kong 2016, 2017 and 2018, ICC Cricket World Cup 2015 and UEFA European Championships 2016. This invaluable insight at the highest level led to the realization that there was a gap in the market for an innovative and commercially attractive product to evolve the sports.This unique background formed the basis of the development of GLT.

GLT Is a series of high end, durable LED strips that affix to both goal post uprights and crossbar that are remotely triggered by a member of staff upon a conversion/penalty or drop goal being scored. The LEDs strips are completely programmable so a variety of colours and light combinations can be used. The system is attached to the post by a lace system that will tie at the back of the post allowing 95% of the post to be covered. The system is powered by rechargeable battery packs housed within the back of the post protectors so there are no need for wires under the turf. The lights are triggered by a remote encrypted transmitter that will be pressed as soon as the officials raise their flag. In the event of a drop goal the system will be triggered by the match referee raising his hand.